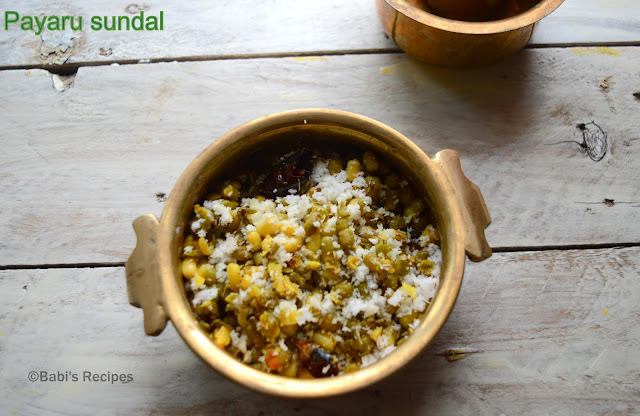 Pasi payaru aka whole green gram is one of the healthy pulses.It is also called as mung beans.I usually boil it and serve as an after-school snack for kids.Its can had a such or with some sugar ,I mostly prefer sweet version.With navarathiri people may lack ideas what to cook for sundal.With this legume, you can easily make sundal in no time. 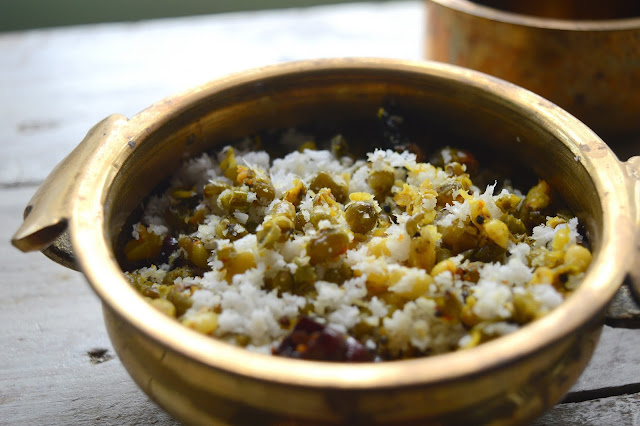 For easy cooking we need to soak else can also cook as such without soaking which takes some time.Since I kept immersed in water for more time some beans sprouted.Let us see how to make this quick snack. 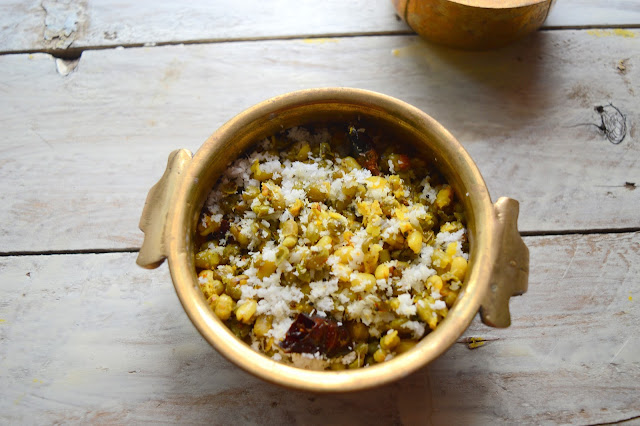 1.Soak payaru for 4-6 hours.Then discard water and cook in open vessel as it gets cooked faster.

4.Keep sauting for 2-3 minutes.Switch off and add grated coconut. 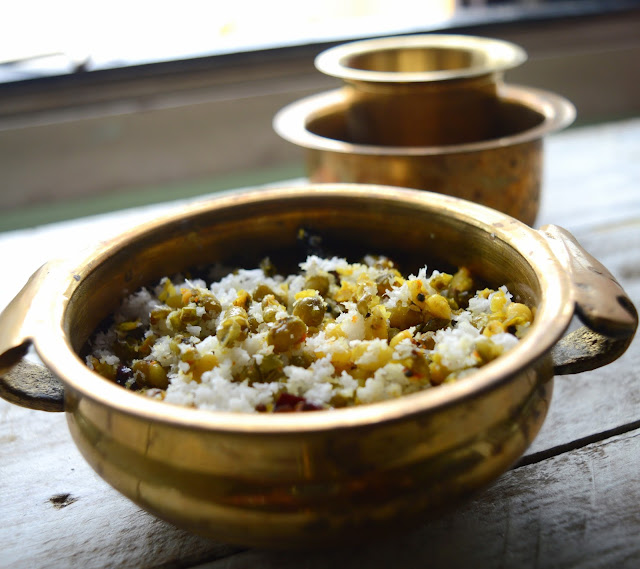 1.Instead of idli podi/sundal podi can use red chilly powder and cumin/jeera powder. 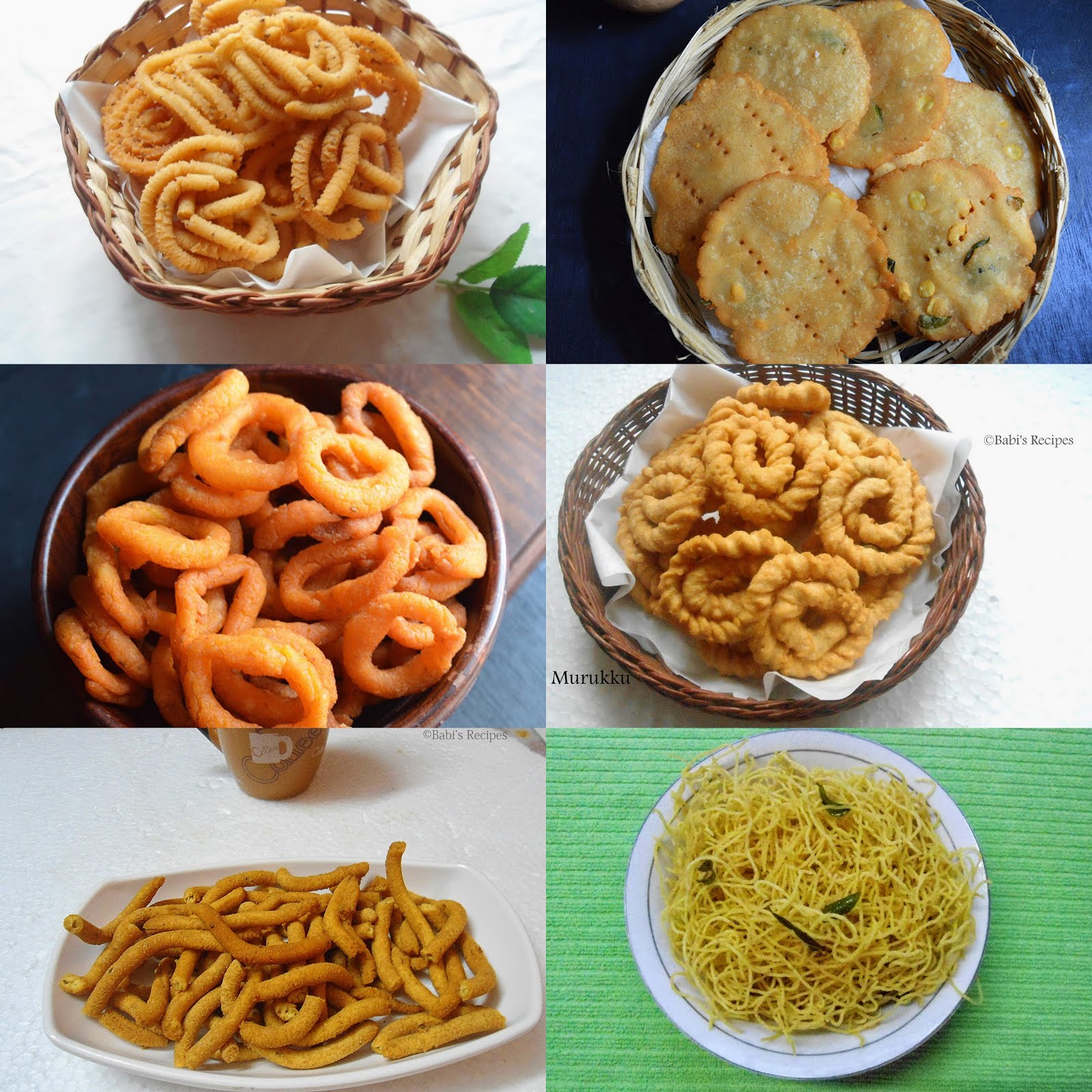 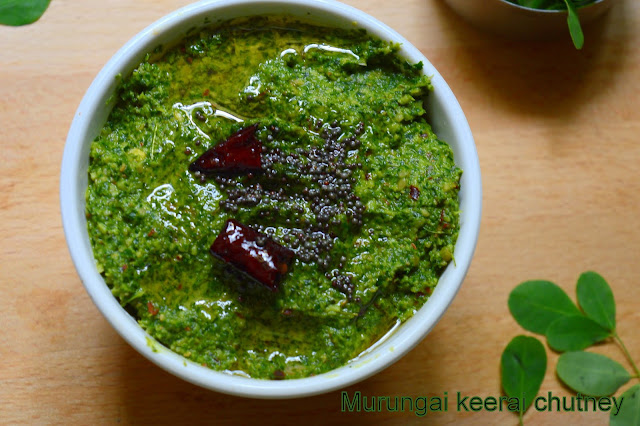